Lymphoedema is a swelling of a part of the body caused by an abnormal accumulation of lymph in the body.

At the level of the capillaries where there is an exchange of oxygen and nutrients to the cells, there arises a separate stream through which proteins, fat, fluid and white blood cells are carried. The fluid that passes through this is called as "lymph", and these separate streams are called "lymphatics". Lymphoedema presents as a chronically swollen limb which increases in size on keeping the limb dependent and reduces in size on elevating the limb and on compression. As the lymphoedema progresses, there could be difficulty in moving the fingers and toes, disabling a person to do work.  The skin gets very thick with multiple warty projections, multiple folds and bulges. The patient may get ulcers which do not heal quickly. Patients with lymphoedema are very prone to develop an infection in the skin and subcutaneous tissue (cellulitis) and may develop a fever. With cellulitis, the affected skin appears swollen and red and is painful and warm to touch.

It is tough to cure lymphoedema. However, we can control lymphoedema. With treatment, patients feel better as they both look better and can improve the level of all activities done.

Worsening of lymphoedema can be done by getting lymphoedema treated at the appropriate time.  Conservative management of lymphoedema is initially done, and the patient is evaluated and accordingly, the treatment plan is decided as per each patient.

8.       Can lymphoedema be managed without an operation?

All lymphoedema patients are treated initially without operation for atleast 6 weeks. The patient is instructed to have strict bed rest and elevate the limb. We allow the patient to move around only for going to the toilet. Four-layer compression bandages and lymphatic pumps are applied to reduce oedema. Skincare is given in the form of moisturising creams. Physiotherapy in the form of exercises to move the toes and fingers and manual lymphatic drainage is taught to the patients and the attenders which help in reducing the lymphoedema. 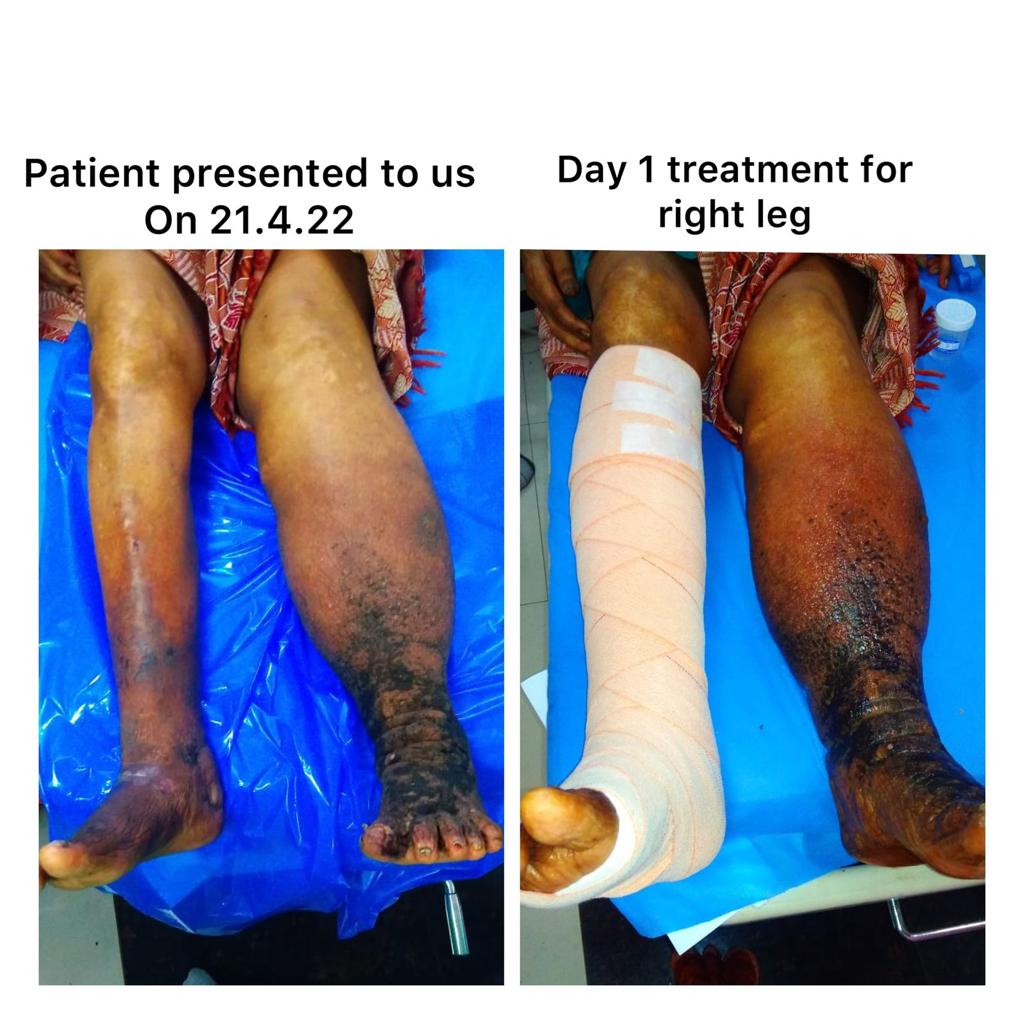 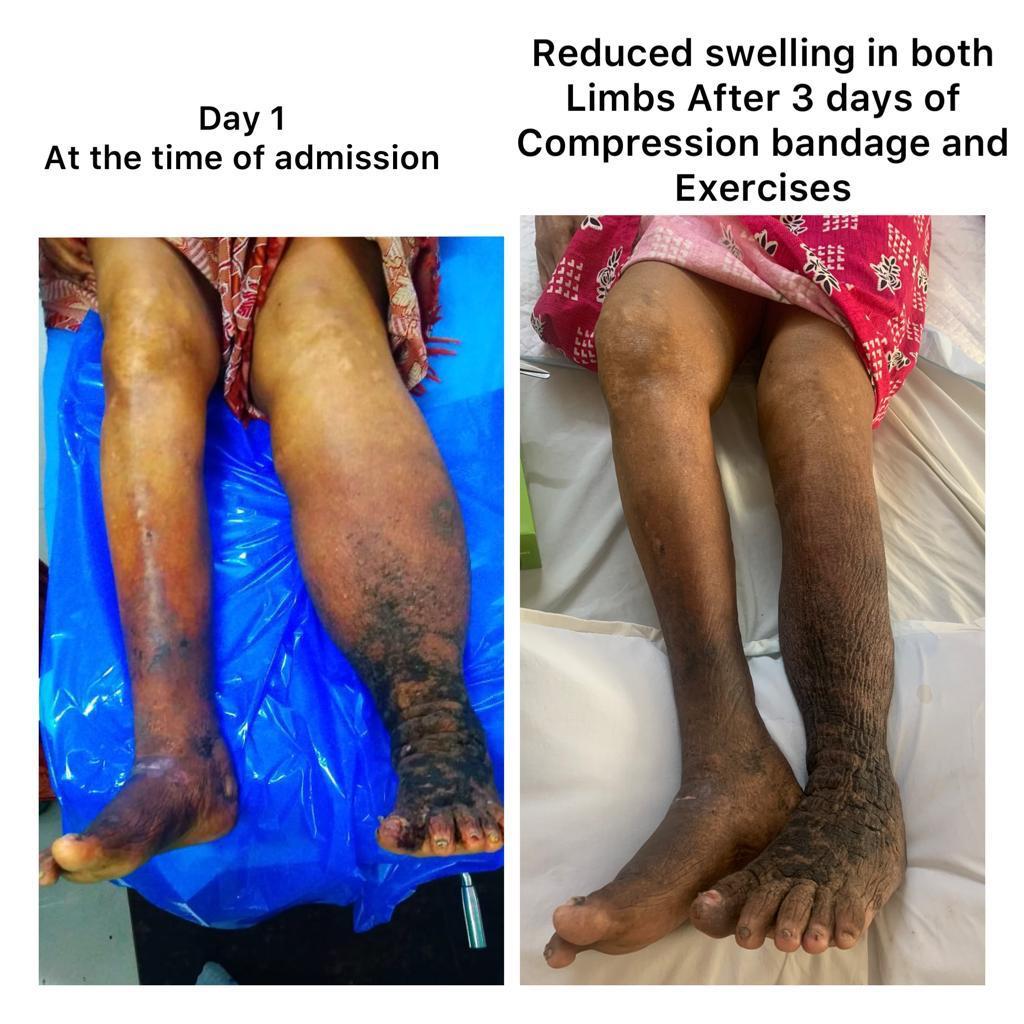 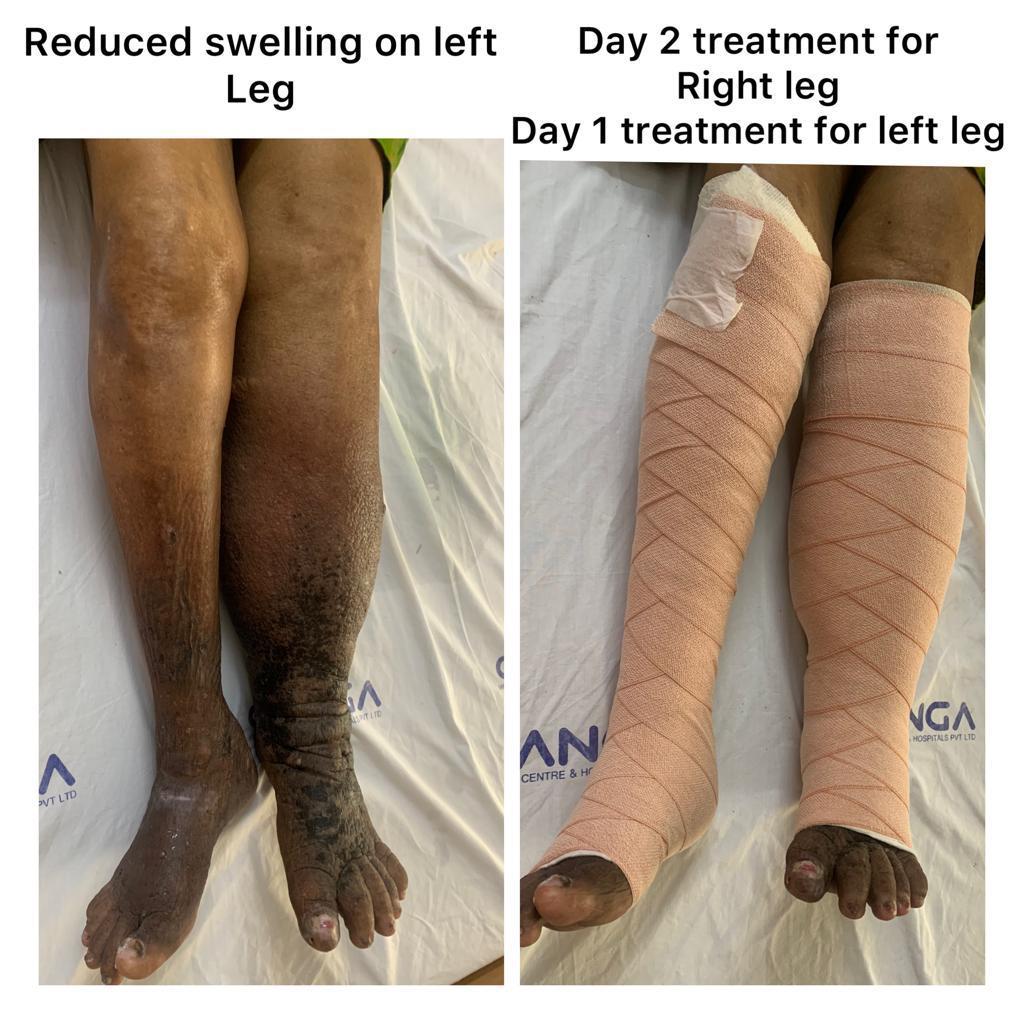 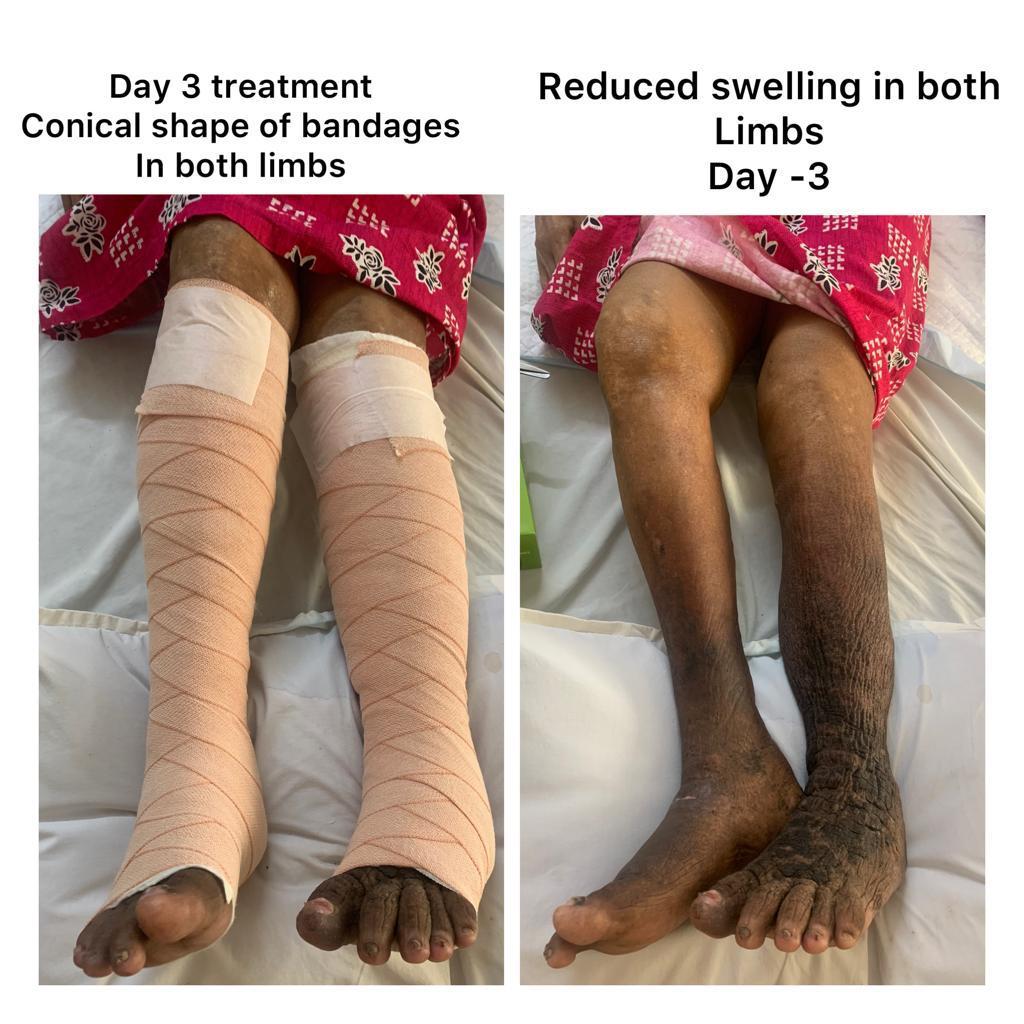 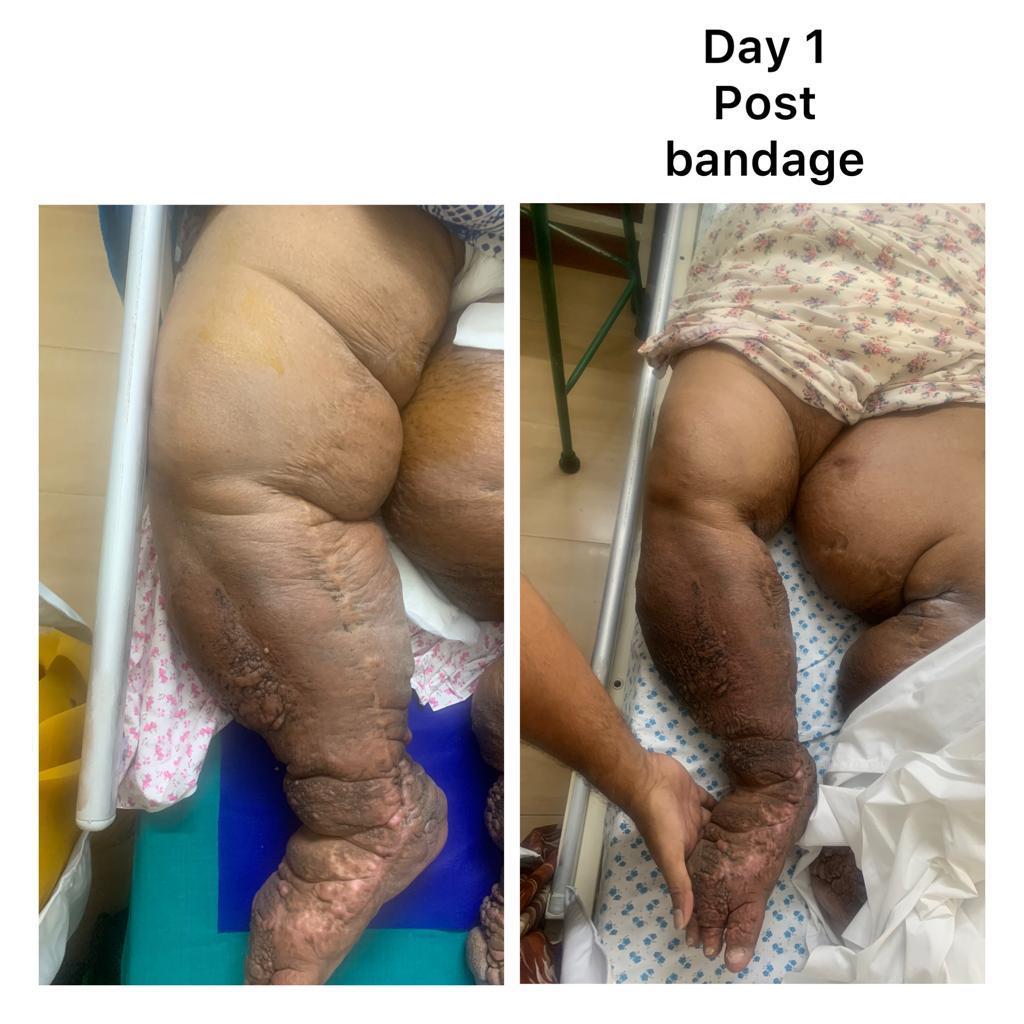 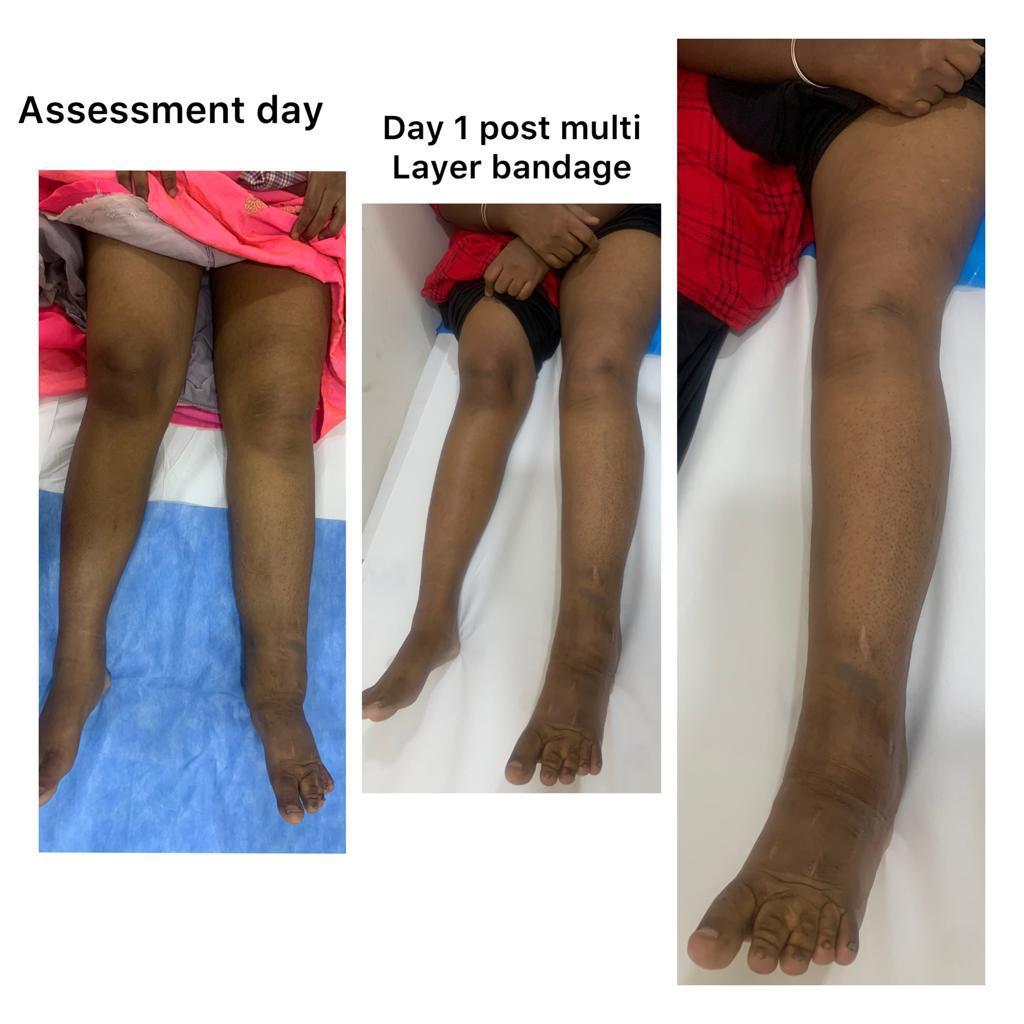 When a patient with lymphoedema comes to our hospital, we get a detailed history regarding the swelling and treatment, examine the patient, take photos of the limb and evaluate the size of the limb using specific formulas. Some patients may have some co-existing venous abnormalities, and a scan is done for the same. If the patient also has varicose veins due to incompetent perforators, treatment of the varicose veins may help reduce the limb swelling to a considerable extent and is done before any treatment for the lymphoedema.

10.   How is lymphoedema treated surgically?

Lymphovenous Anastomosis (LVA) is done by connecting lymphatic vessels lesser than 0.8 mm to small veins using microsurgery to form an alternative pathway to drain the excess lymphatics. LVA is done in only in early stages where there are good functional lymphatics. We decide to LVA only when we see a linear pattern in the ICG lymphangiography. We are also able to find out the exact position of the small lymphatics and see whether the LVA is patent by using ICG lymphangiography. 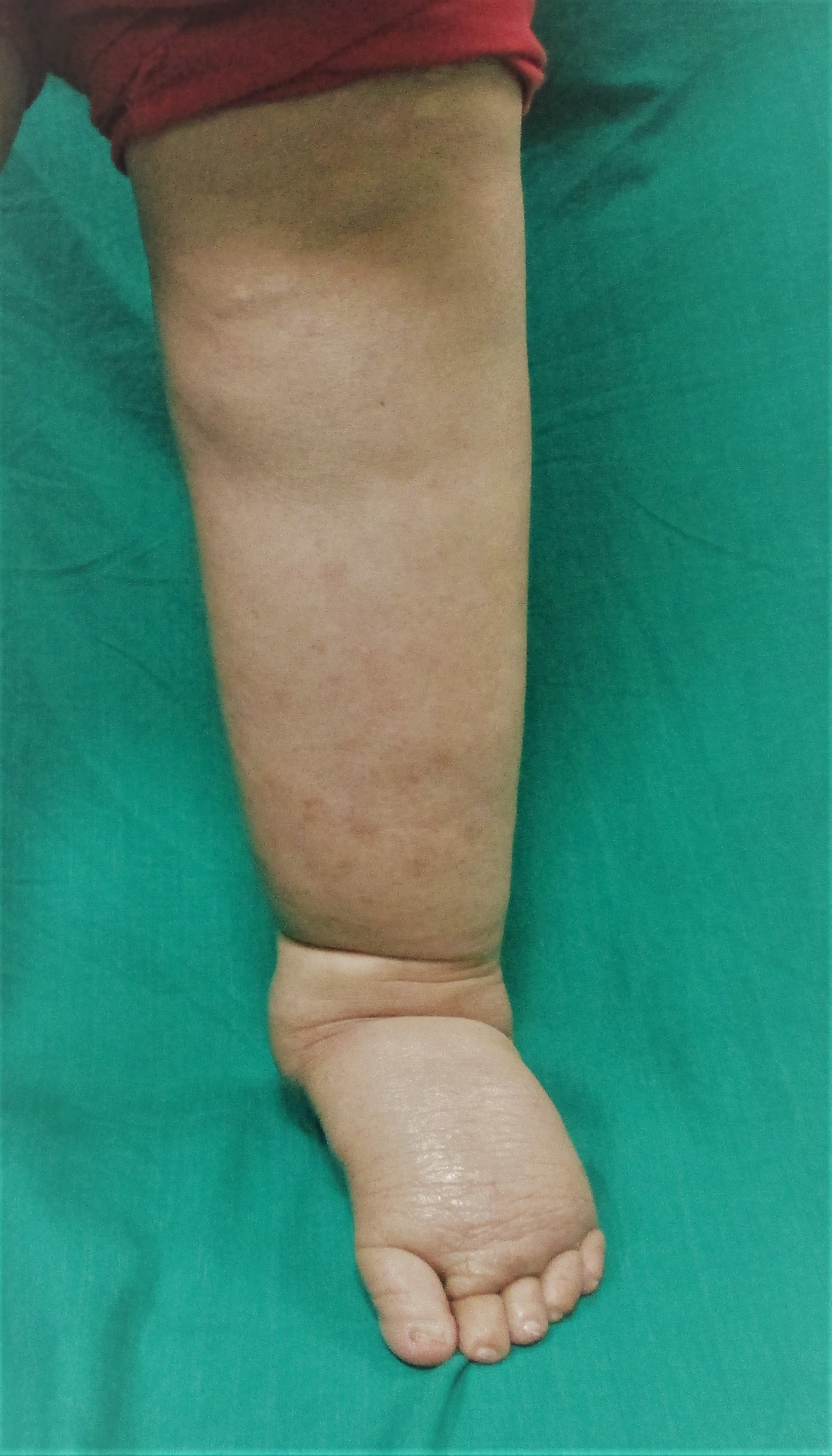 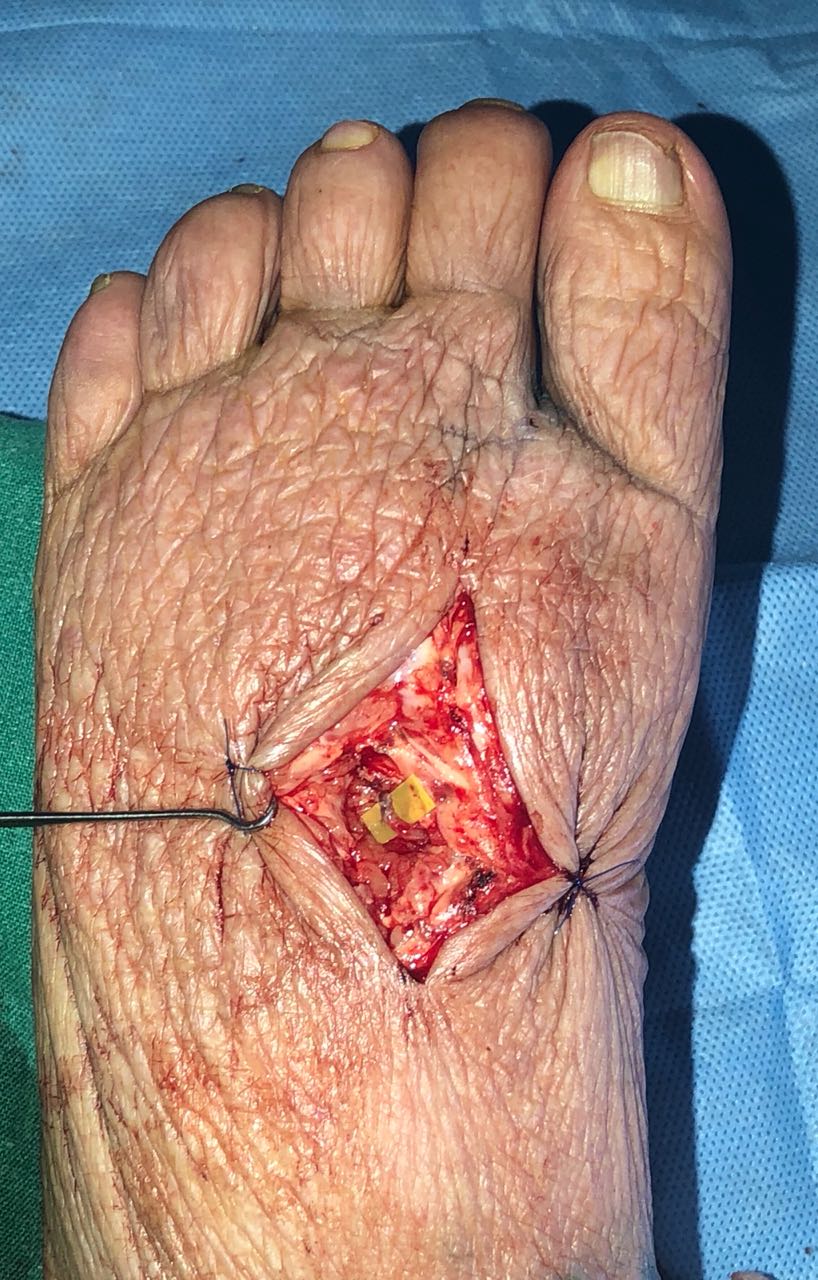 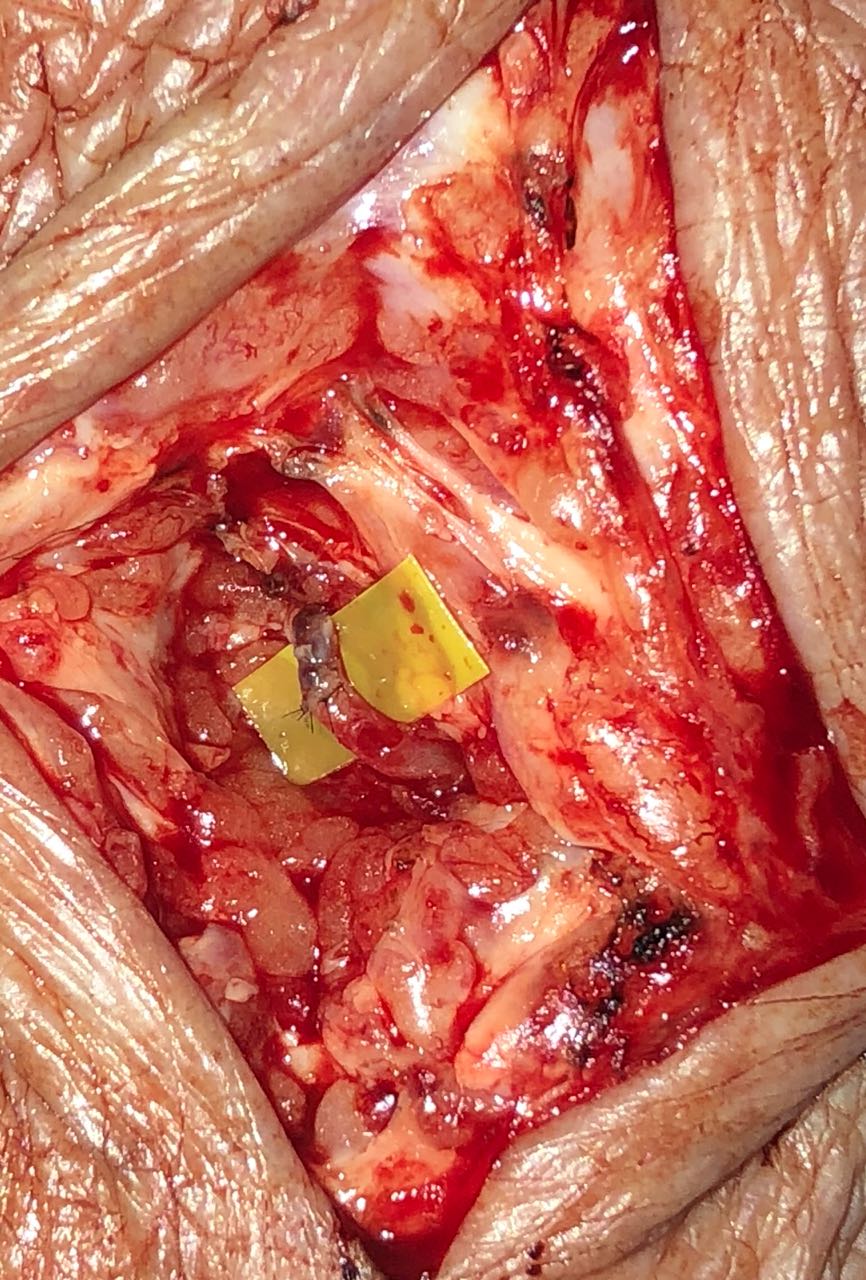 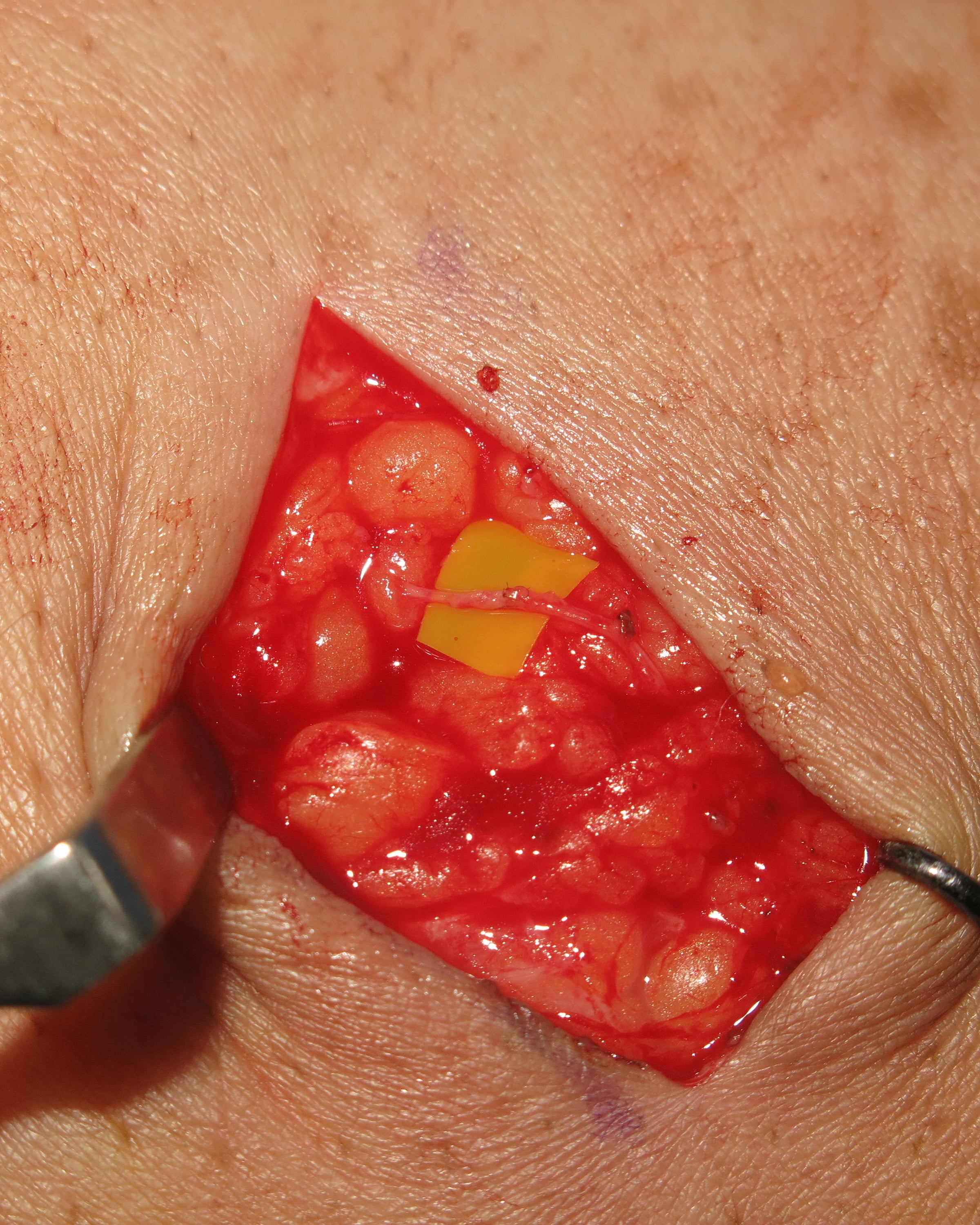 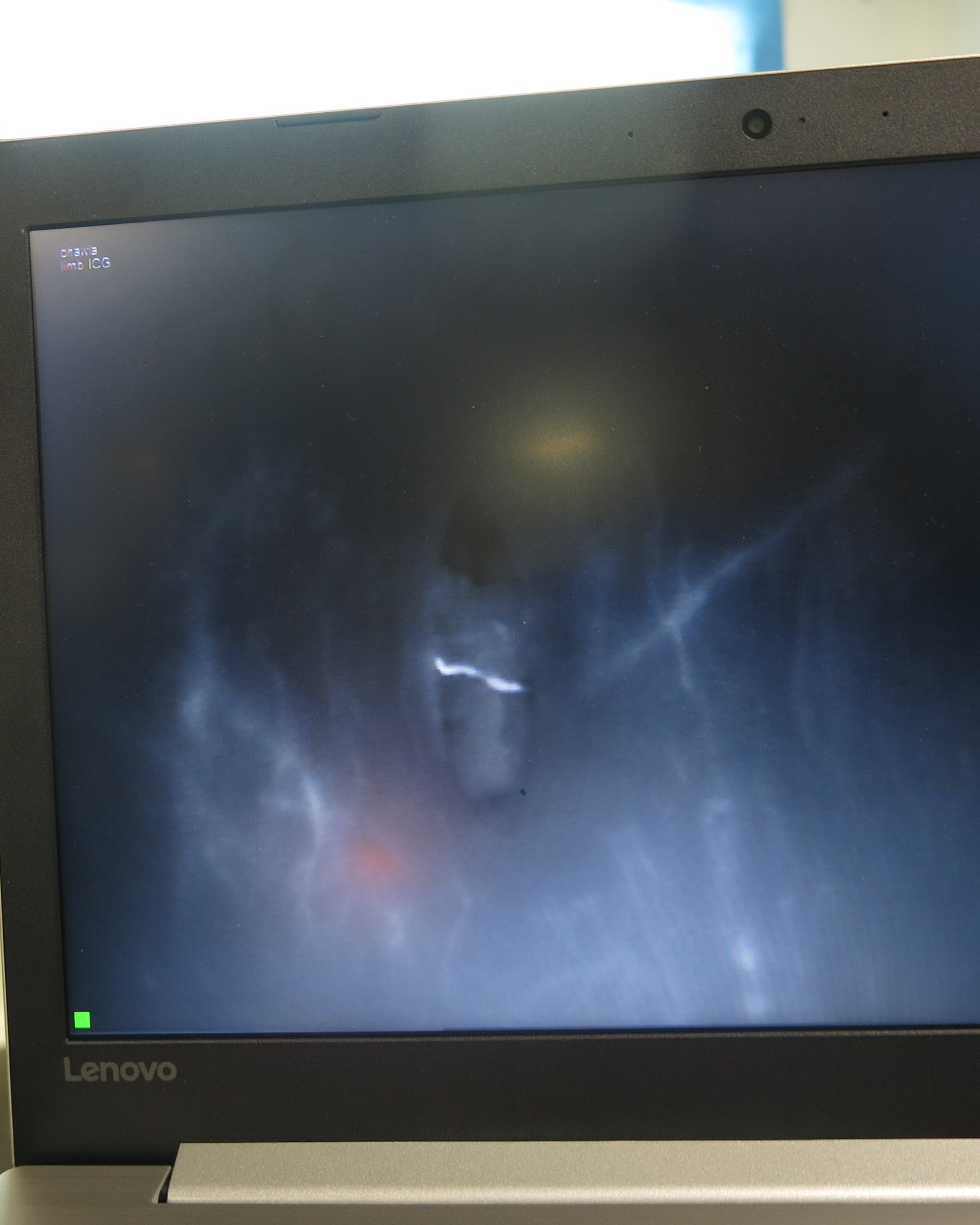 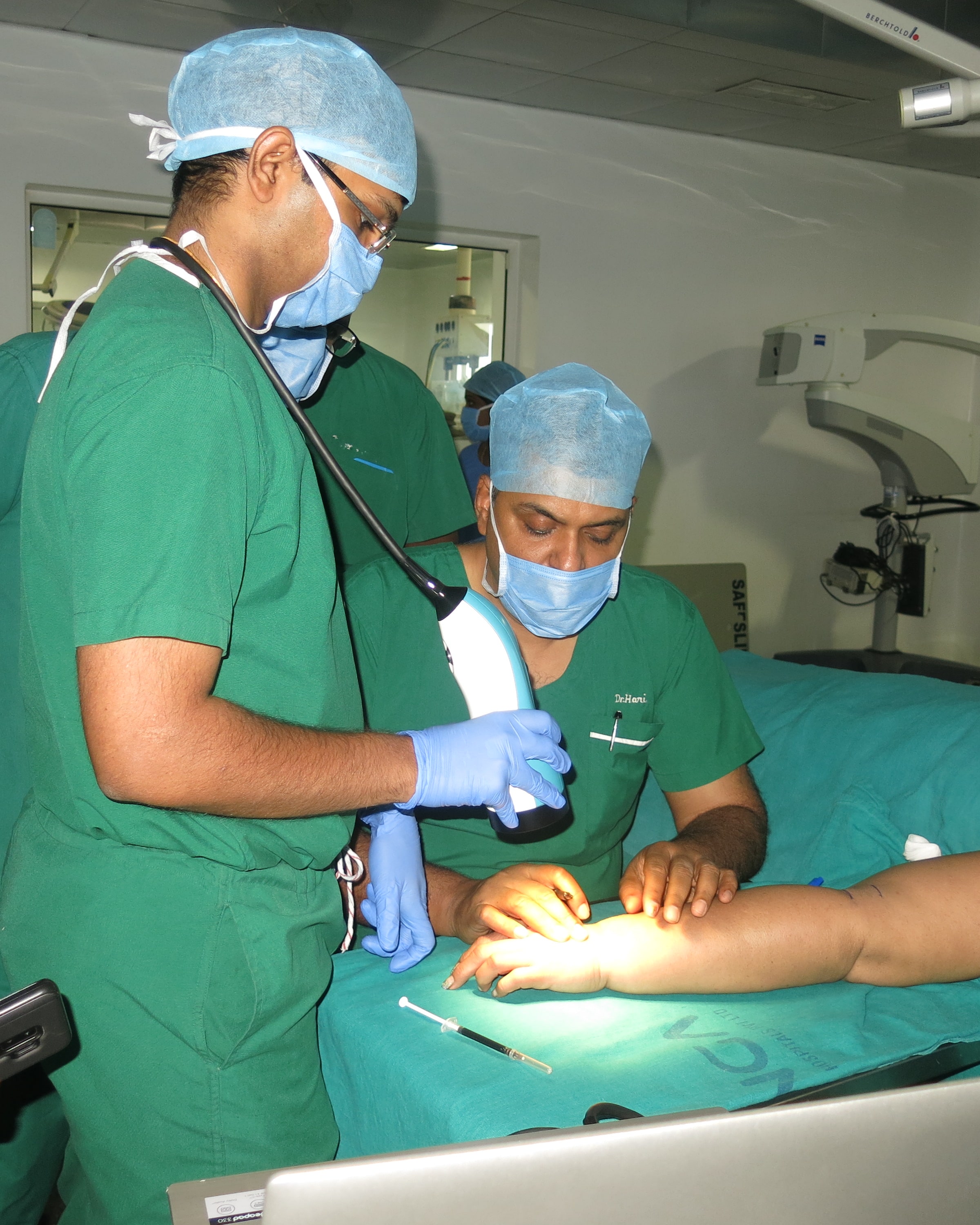 12.   How are patients with LVA managed post-operatively?

As the incisions are only skin deep, there isn't much pain for the patient, and the patient can be discharged within three days. Compression bandages are applied post-operatively. Reduction in the size of the limb is usually evident within 2 days. However, to obtain the best results, we advise the patients to apply compression garments throughout life.

Facts at a glance about Lymphovenous Anastomosis (LVA)

13.   How and when is Vascularised Lymph Node Transfer (VLNT) done?

Vascularised Lymph Node Transfer (VLNT) is done using microsurgery to replenish missing lymph nodes in the affected extremity by transferring healthy lymph nodes from another region to the affected area. VLNT can be done both in the early stage as well as in the late stages.   Vascularised lymph node transfers are also done along with LVA in certain conditions to get better results. Patients with breast cancer developing lymphoedema can be treated effectively by breast reconstruction using the excess skin and fat below the umbilicus, which is taken along with the lymph nodes and transferred to the chest. The advantage of this procedure is that in addition to reducing the size of the affected limb, the breast is also reconstructed at the same time to give a better look. Otherwise, tissue containing lymph nodes from the neck, axilla or the abdomen is used for the transfer to the affected limb with lymphoedema. 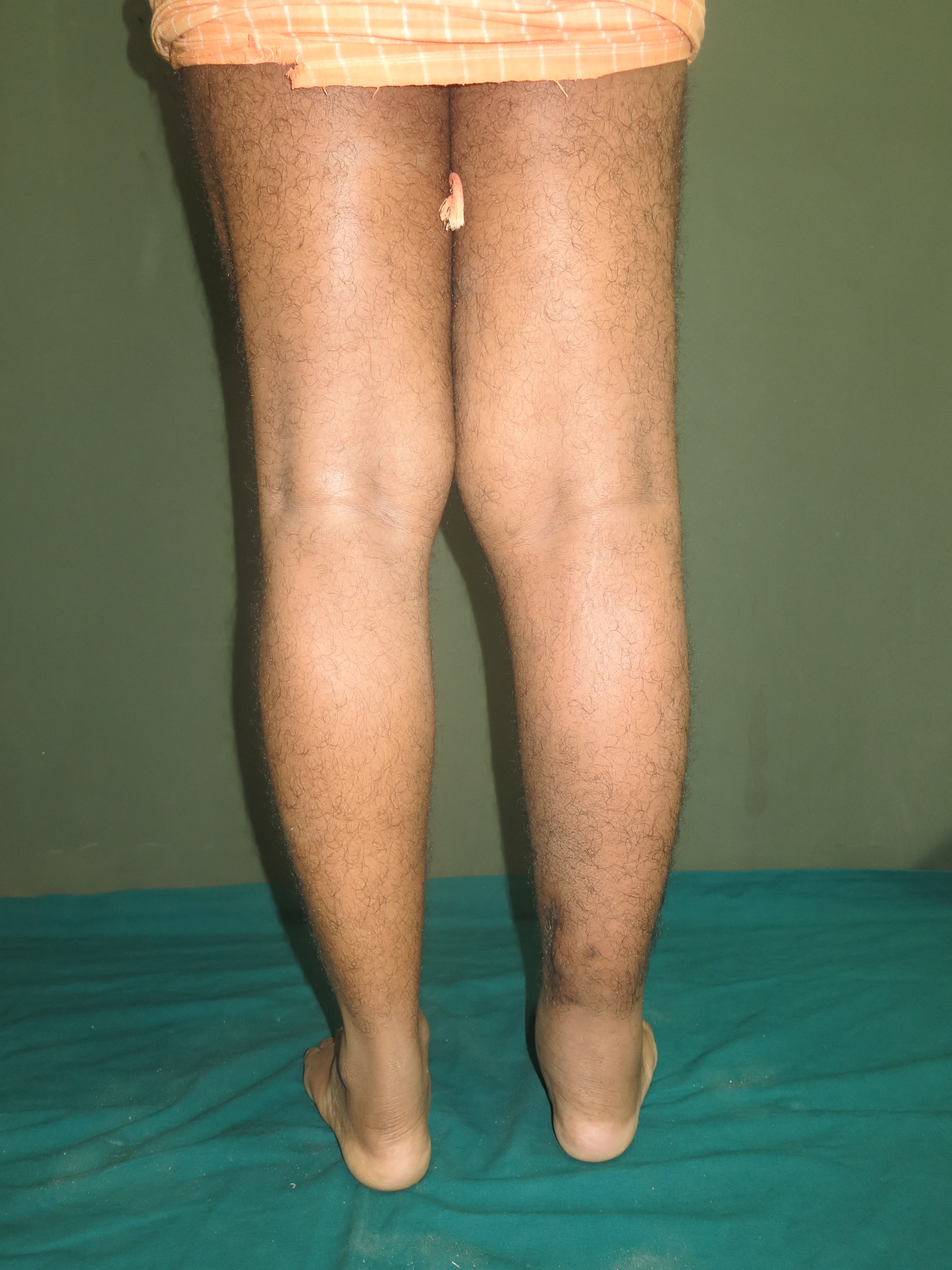 14.   How are patients with VLNT managed post-operatively?

Since Vascularised lymph node transfers involve microsurgery wherein blood vessels of size 1 to 2 mm is connected, the viability of the flap and the patency of the anastomosis is frequently checked every 2 hours by trained nurses in a special Microsurgical post-operative room. After 5 days, the patient is transferred to the room, and the patient can be discharged within 10 days from surgery. We would then apply compression garments to make the limb smaller.

15.   How and when is surgical debulking done?

Surgical debulking is done in advanced cases where there are skin changes and in most cases of filariasis. In this the excess skin, subcutaneous tissue and fascia are removed. The defect can then be either closed primarily or covered with split skin grafts to make the wounds heal well. 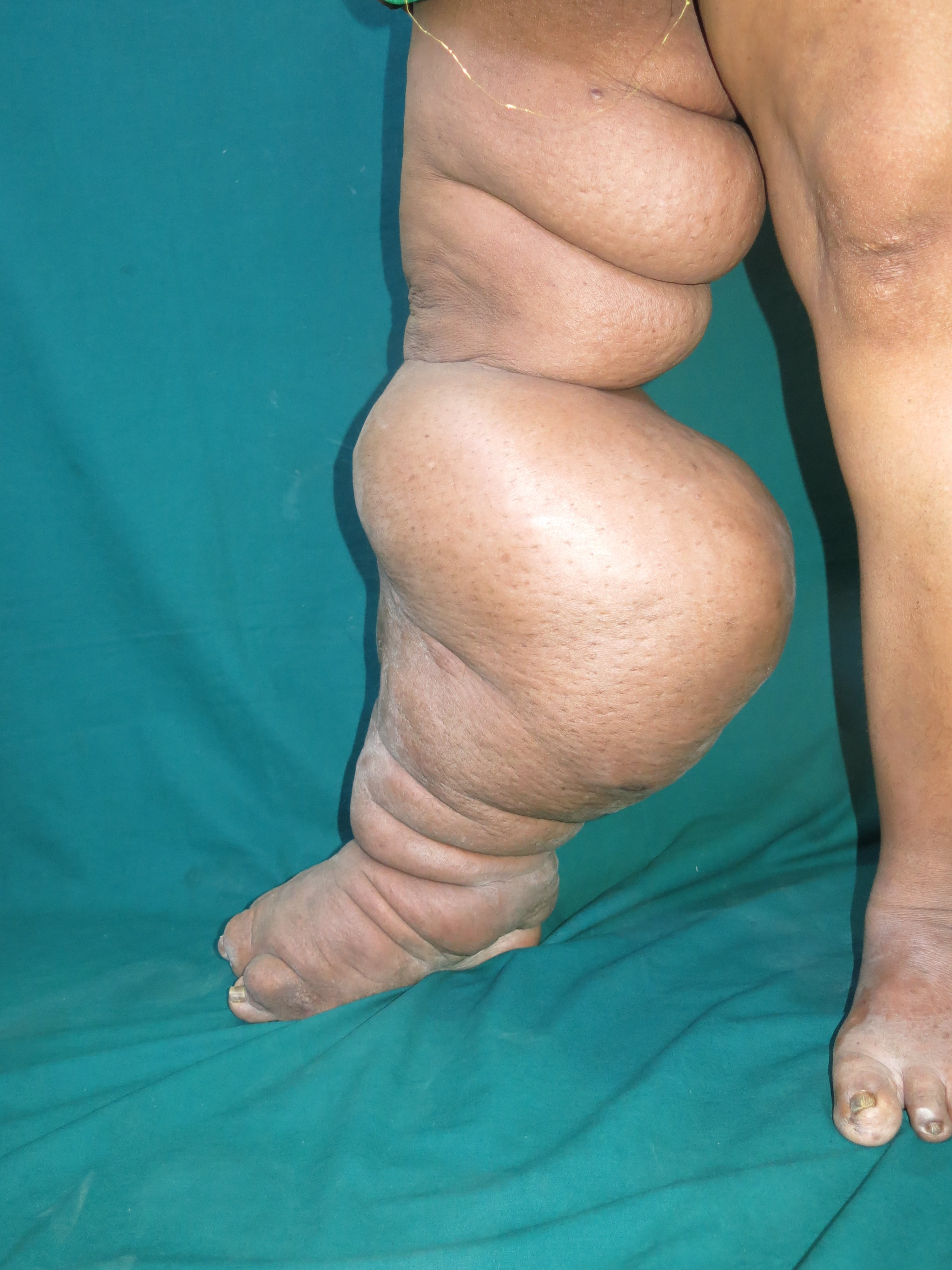 16.   How are patients for whom surgical debulking was done managed post-operatively?

After the operation, compression bandages are applied, and the limb is kept elevated to reduce oedema. Dressings are commonly done in the 3rd and 5thday. Patients are commonly discharged within 5 to 7 days. The patient is asked to come after 2 weeks to remove the sutures. If grafts are applied, they may need dressing changes every 5 to 7 days until the wounds heal. The wounds are expected to heal within six weeks after grafting.

When there is an obstruction to the drainage of lymphatic fluid, there can be excessive growth of fat in the tissues. After the abnormal lymphatic collection in lymphoedema has been treated by physiological procedures such as Vascularised lymph node transfers, Lymphovenous anastomosis and even conservative methods, the excess fat in the limb is treated by liposuction. Small stab incisions are made, liposuction cannulas are inserted, and the excess fat is sucked out.

18.   How are patients for whom liposuction was done managed post-operatively?

After liposuction, the limb is wrapped with compression bandages and is kept elevated. The patient is advised to move the toes and fingers. Most of the stab incisions would heal by itself and rarely may need removal of sutures if they were placed earlier. The patient may need to stay in the hospital for 2 to3 days. We then advise the patient to wear compression garments throughout the life as best results are got after that. 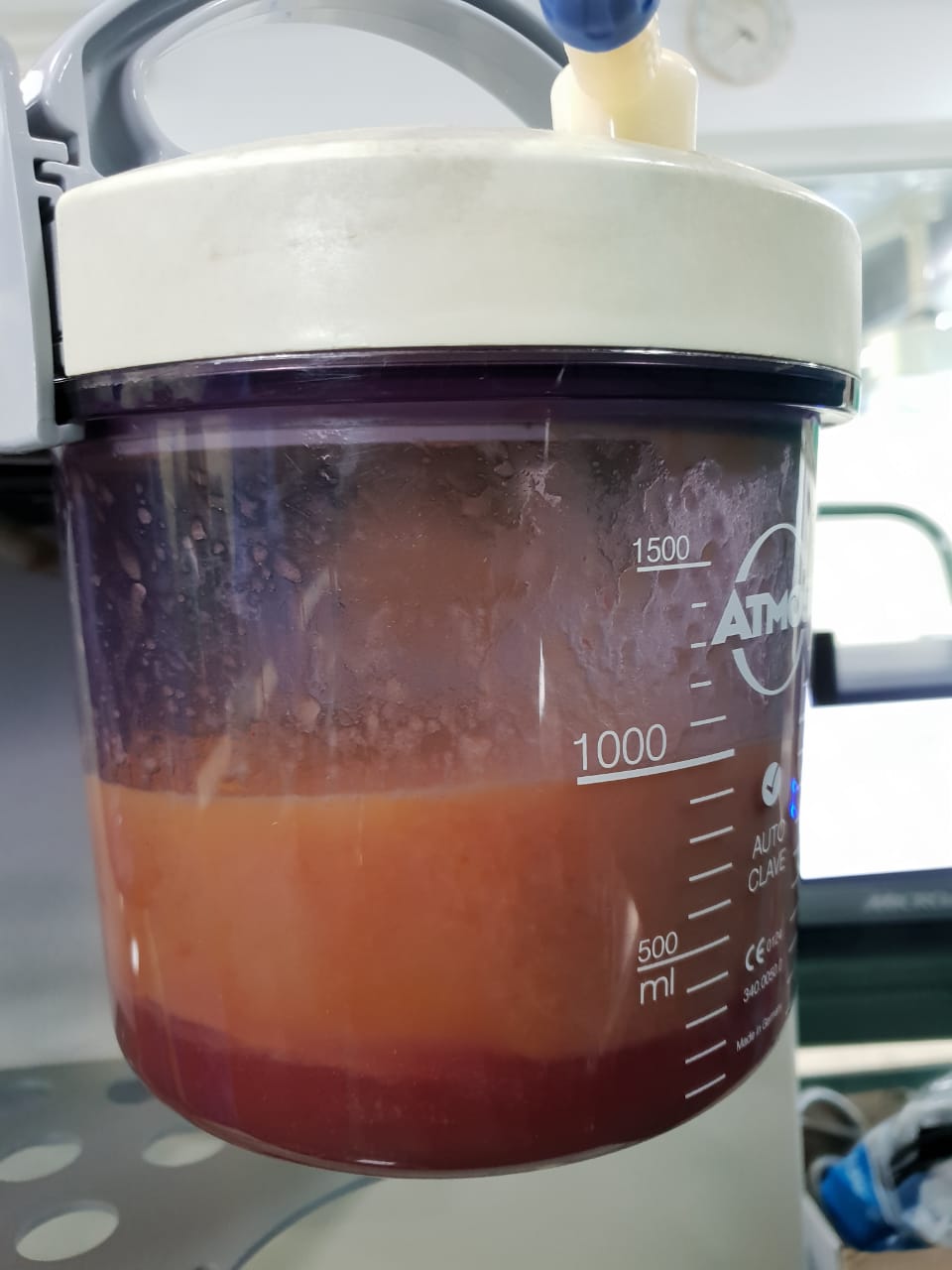 19.   Some DO's and DON'T's for patients with lymphoedema

1.       Keep the skin meticulously clean and frequently check for any cracks, fungal infections or rashes

3.       Dry the skin especially the gap between the toes thoroughly with a soft towel after taking a bath

4.       Elevate the lymphoedematous leg as much as possible

5.       Wear the compression stockings or garments given throughout the day.

6.       Exercise as much as possible as discussed with the physiotherapist.

7.       To visit the doctor if there is increasing pain, redness and fever

1.       Avoid tight clothing such as a tight blouse, undergarments or socks

2.       Do not walk barefoot, especially in temples under the hot sun.

3.       Avoid wearing bangles, watches and rings in the limb affected with lymphoedema.

4.       Keep the nails short. In the same time avoid having very short nails.

5.       Try to avoid injections in the limb affected with lymphoedema

6.       No piercing or tattoos in the limb with lymphoedema

20.   How is Ganga Hospital unique in the treatment for lymphoedema?

·         Lymphoedema involves a holistic approach in the treatment for lymphoedema and needs a team of experienced surgeons, physiotherapists, nurses, dieticians trained in lymphoedema.

·         The appropriate evaluation of lymphoedema is critical to know how to decide upon the treatment for lymphoedema. We are one among the very few centres in the country who evaluate all lymphoedema patients with ICG lymphangiography. ICG lymphangiography not only helps us in understanding the problem and deciding the treatment, but it also helps the patient and his/her family to understand the problem that they are facing.

·         Ganga Hospital is unique in that it is capable of doing and has done all procedures acceptable for lymphoedema such as Vascularised Lymph Node Transfer(VLNT), Lympho venous Anastomosis(LVA), liposuction and surgical debulking. As we are capable of doing all procedures, we do the procedure that we feel is the best suited for the patient.

·         Procedures such as Vascularised Lymph Node Transfers(VLNT) and Lympho Venous Anastomosis (LVA) need a very experienced team of plastic surgeons trained and specialised in microsurgery as they may involve suturing lymphatic vessels less than 0.8 mm

·         Liposuction in a limb with lymphoedema needs "Power Assisted Liposuction" as fat needs to be sucked in very fibrous areas. We are proud to have this in our armamentarium

·         Ganga Hospital has always been a very patient-centric hospital. It has grown from humble beginnings to this extent as we have always believed that the patient's interest and well being is our only interest. 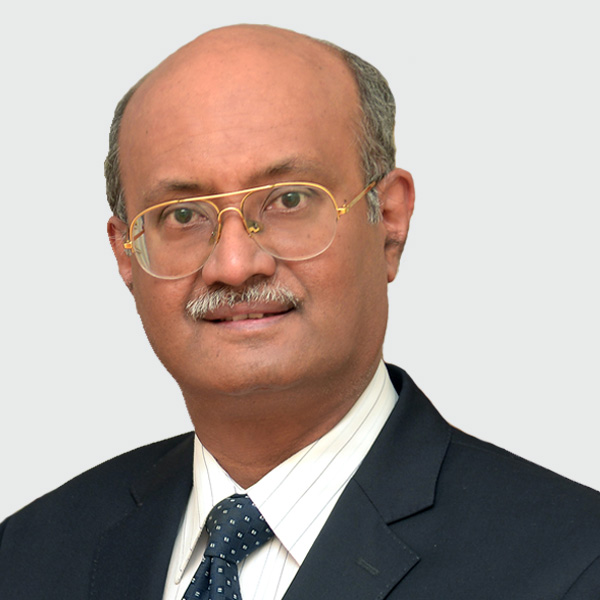 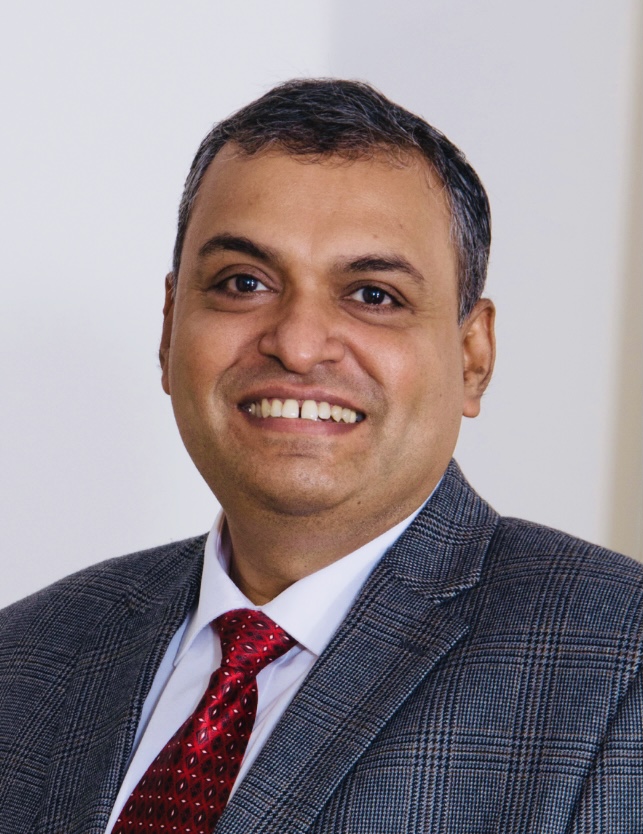 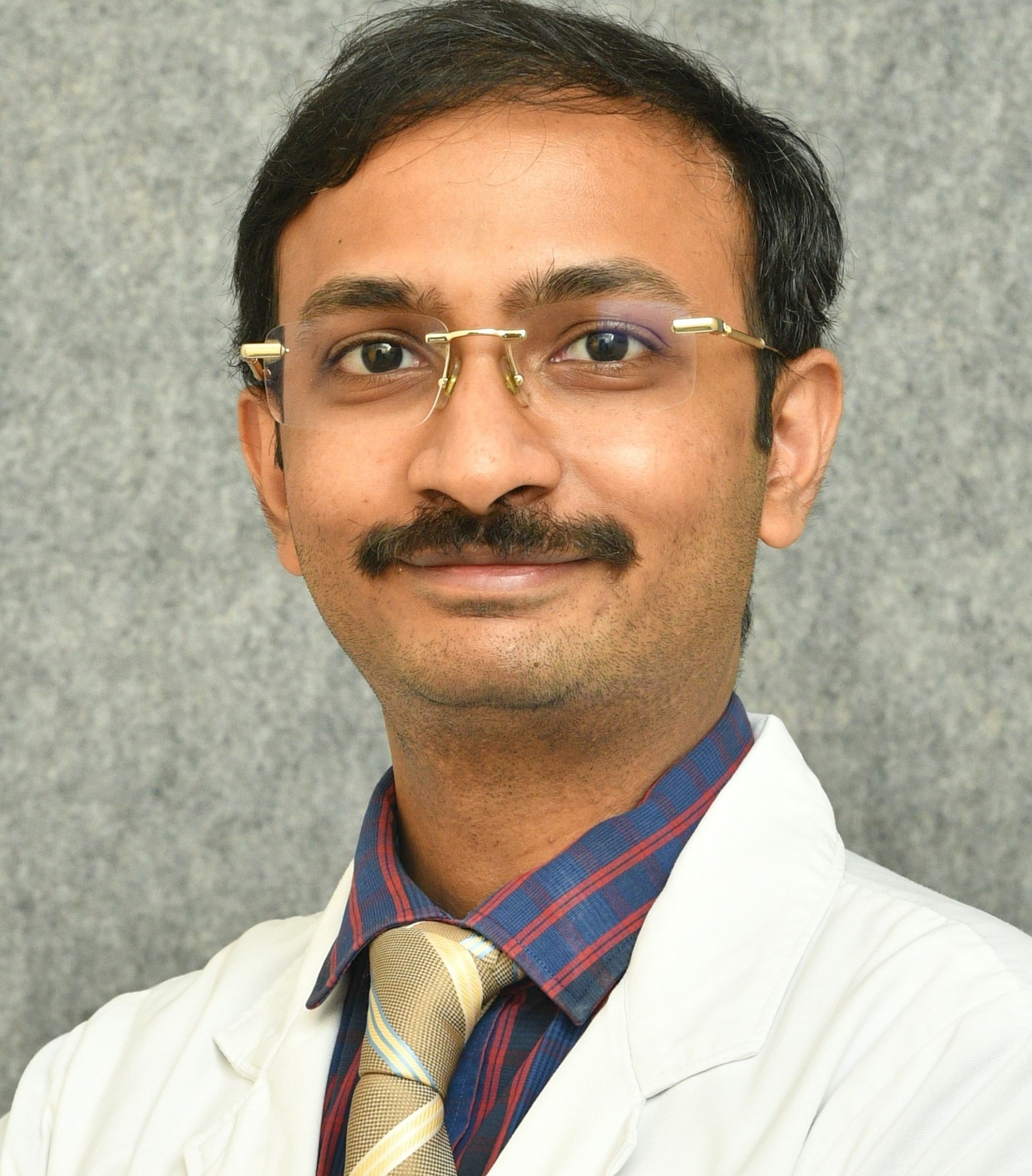 We love to hear about our doctors, facilities and your treatment at Ganga